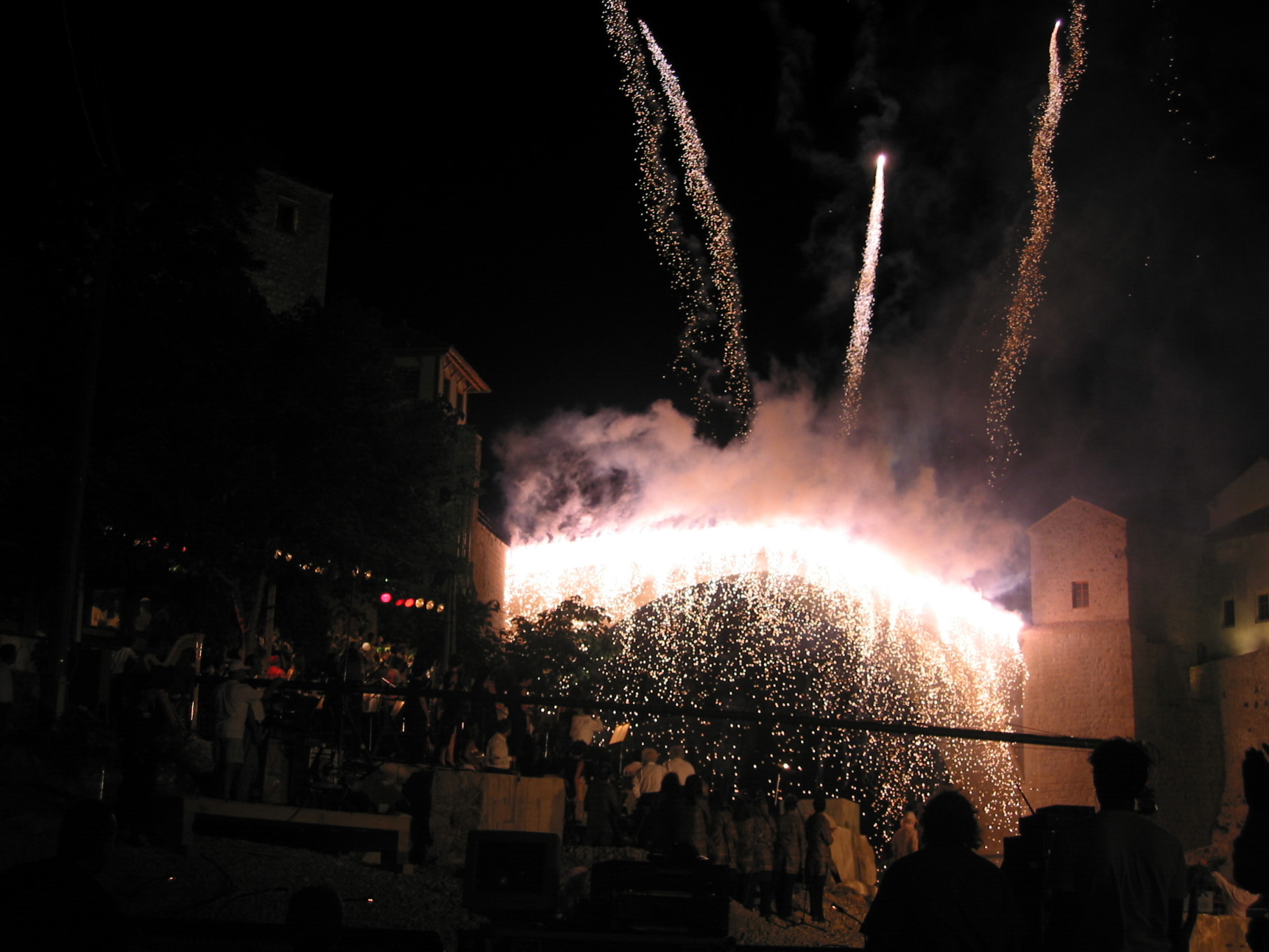 Inaugurazione del Ponte di Mostar 24 luglio 2004 – A World event and a marvellous show that lasted 3 hours. There were 20.000 visitors, delegations of 52 Countries, hundreds of tv troups and journalists.

Rome, July 22 – President of the Italian Republic Carlo Azeglio Ciampi has sent the following message to the president of Bosnia-Herzegovina to coincide with the inauguration of the restored Old Bridge at Mostar.

“I was in Mostar in June 2002, when reconstruction works on the Old Bridge began; today, I’m symbolically in Mostar to celebrate the successfulness of this operation”. “The destruction of the Mostar bridge in 1993 – he added – was a brutal act, which heralded the horrendous murders that were to follow it. We didn’t react promptly and firmly enough to it. The restoration of the bridge is the result of the commitment shown by Bosnia-Herzegovina and the International Community. Italy has been at the forefront of donor countries. The bridge symbolizes tolerance and cultural exchange”. President Ciampi then added that the statements made by representatives of orthodox, Muslim, Catholic and Jewish communities in Bosnia Herzegovina must not be forgotten. “In Sarajevo, the Muezzin song is once again ringing alongside the sound of church bells”, he said. Several important cultural heritage treasures were destroyed in the Balkan war. But others are under safe surveillance from the Multinational Peacekeeping Force, to which Italian troops contribute significantly. “I had the chance to admire those treasures at the Orthodox monasteries in Pec and Decani, and at the Pec mosque”, said the President. He added that “I have always stressed the need for an all-encompassing programme that restores and enhances the value of cultural heritage in the Balkan region. This will strengthen anti-intolerance measures and reduce the risk of new contrasts taking place. The destruction of the bridge at Mostar, as well as the similar fate undergone by the library in Sarajevo, by the Buddha statues in Afghanistan and the plundering of the ancient art treasures in Iraq were all clear signs of the brutal meanness that humanity can come to when cultural and ethical values are denied. I urge people in the Balkans not to shy away from the big challenge facing them – namely, implementing a policy of interethnic cooperation. The unity of Europe is there for them as an example, as a prospect for the future. Our reconciliation shows that their reconciliation, too, is possible. Goodwill and the promotion and safeguarding of human rights can allow peoples to live together peacefully for the benefit of all. Wisdom is the key to overcoming existing uncertainties, and to removing animosity in order to tackle any attempt at separation. This”, he concluded, “is the condition to join the new Europe”.